'The Old Bailey Alumni Network' debuts on the ADC stage in a week's time. The show is devised entirely by the show's cast and crew. We caught up with the show's Director, DIXIE MCDEVITT, to find out how the show has developed...

What has changed about the show during the rehearsal process?

As we’ve been developing the characters, it has become clear that while the factual, documented parts of their lives are fascinating and important to present in this play, there is a definite pull towards imagining them as more rounded, ordinary people with their own personalities and daily lives. We want to think about more than the events described in the trials — we want to imagine how our characters felt on the stand, what their relationship is with London, what they enjoy doing, what makes them laugh. We think these fictional, human additions will help to emphasise our message that the people normally characterised as ‘outsiders’ were always integral to London, living and existing in the same spaces as everyone else.

Today, we are looking at our first full trial and thinking about ways in which we can represent the actions being described. This trial involves a lot of violence, which is something we all want to portray the gravity of, without resorting to simply shocking the audience, or showing any potentially upsettingly realistic scenes of violence. Instead, we want to convey the emotions and power dynamics of the scene, which is potentially something we will use dance to express.

After rehearsal: We warmed up for this dynamic physical scene with a high-energy game of ‘big booty’, and then moved into some exercises.

Grotowski was a practitioner who believed that actors are at their most truthful, open and creative when a bit physically tired, so he had lots of different exercises that ask actors to try and achieve something ‘impossible’ — eg., dig your way through the floor, or try to walk on the ceiling. Today, I asked our actors to stand with their backs against walls, and pretend they were superglued onto them. Then, I asked them to imagine they were magnets, desperately attracted to each other — and they had to embody the tension of wanting to come together, but remaining stuck across the room. This was very tiring! It was also a good exercise for creating tension in the space between the actors, which must be charged in a juicy scene with either a sense of push, or pull.

We then experimented with counterbalance, to establish trust between scene partners, and to safely test the limits of each other’s capacity for being held, pushed, pulled, or lifted. This is a great exercise to warm up with when rehearsing/devising any scenes that have combat in them, as it creates a safe environment with a foundation of working together. 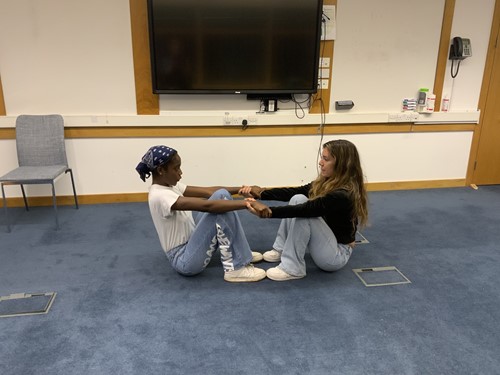 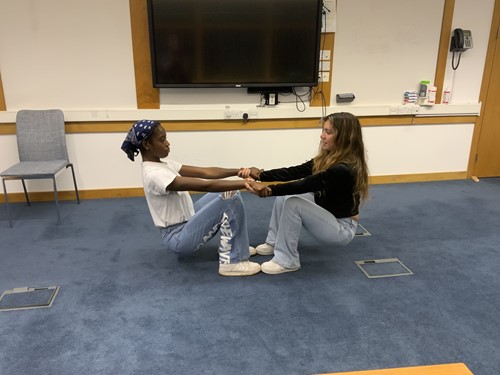 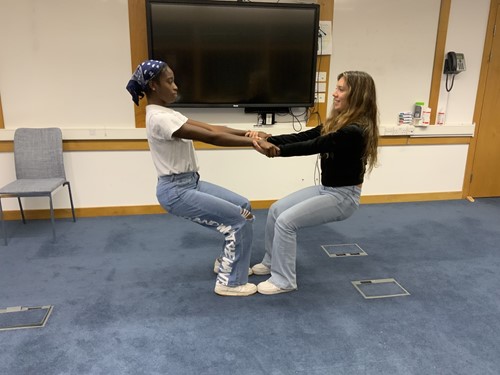 I’m really looking forward to some puppetry — no spoilers, but you will certainly see some in the show!

The Old Bailey Alumni Network is performing at the ADC Theatre between Tuesday 9 and Saturday 13 November at 7.45pm