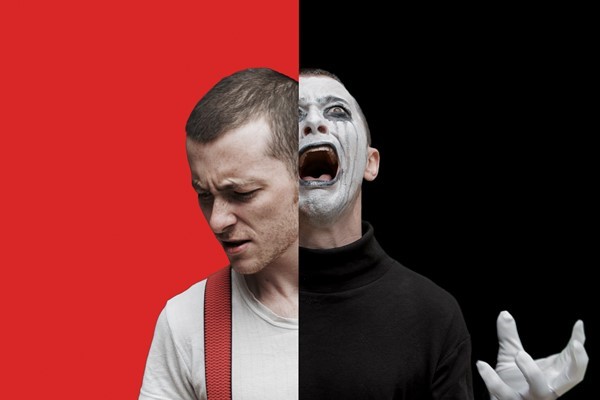 The first play: DOG follows a day in the life of a racist football hooligan and his beloved pitbull terrier, Roy, who changes his life.

The second play: ACTOR is a spoken word monologue which delves into the heart of the acting industry, humorously and poignantly portraying the trying life of a struggling artist.

Without the use of any set or props, DOG/ACTOR presents a masterclass in physical theatre and comedic storytelling, promising a thrilling theatrical experience.

“An exceptional example of Berkovian theatre...” – ★★★★★ Everything Theatre

“Truly a masterclass in both physical and comedy theatre... not to be missed!” – ★★★★★ North West End

Threedumb Theatre’s double-bill was first presented at the Watford Fringe Festival in 2018 and has since received sell-out runs in London and Dubai.

Join us on Friday 8th July for a Post-Show Q&A with Director/Performer, Stephen Smith! (Entry included in ticket price, no need to book separately)

How To Date a Feminist