The ADC: Not Just for the Student Community

Rachel Chapman discusses some of her favourite experiences as a member of the Penguin Club - a group of Cambridge-based volunteer technicians who assist local performing groups with their productions at the ADC Theatre and other venues across the city.

During term time the ADC is full to bursting with members of the university community in Cambridge creating and performing shows. Outside of these times the building is still full of activity, but mostly from members of the local community. A whole host of local groups take slots in vacation and exam weeks to perform their shows, a good proportion of which are supported by the Penguin Club. I’m not certain when the ADC first started opening up opportunities to local drama groups to perform, but from the inception of the Penguin Club over a beer in 1983 or 4 (no-one’s quite sure when!) they have been a firm presence at the ADC ever since.

I joined the Penguins not long after moving to Cambridge in 2008 and although I got my taste for theatre long before (in part by someone whom I met 20 years later via the club!), the Penguins have certainly allowed that bug to continue to grow.

The Penguin Club is a group of volunteer theatre technicians with skills in everything from stage management through to hair and make-up to whom local performing groups can ask for help with their shows. This means local groups don’t need to have their “own” technicians and Penguins get to hear about lots of the shows in central Cambridge without having to belong to every society. As we’re all volunteers most of what we do is done after a full day’s work and juggled around family, but still people seem to find time for it! There’s no requirement to have anything but enthusiasm to join the club and doing anything from the occasional one-night-fill for floor crew upwards allows anyone from sixth formers to retirees to be part of the backstage magic and gain/swap skills.

The cast of Camelot at the ADC Theatre (Photo: Rob Loxely)

Given the number of graduates who choose to stay in Cambridge after university there is not unexpectedly a chunk of the club who did spend more-time-than-may-have-been-wise at the ADC during their degree, but the Penguins are by no means purely an 'Old Sods' group - there’s a different club for that!

The Penguins have worked with a whole host of groups over the years, providing crews large and small and helping to make that good ol’ theatre magic happen. As much as I might like, it’s impossible to be involved in all of them, but as ever, some shows stick in the mind more than others. One of my first shows was Orpheo (2009) - when sitting in the LX box hearing the DSM squeak over cans “stand by LX, and stand by scene change - though as the set is on its side having significant surgery - who knows…!!!”  I was pleasantly relieved with what was revealed following the blackout and it set the tone pretty well for being a Penguin!

A stripped-back Chitty Chitty Bang Bang being moved through the ADC Theatre's workshop ready to be lifted to stage. Note the dismantled paint shelves, the cleared benches for swinging space and the pivoting truck. Photos: Alan Hay.

Then there are other memories - the minor disasters - managing to very carefully smash one of the blue worker fluorescent tubes with a heavy piece of set approximately 30 seconds before children were due in that wing in bare feet and responding with only “it’s FINE!” to the DSM’s questioning look as I swiped the dustpan and brush from the desk and achieved nearly Usain Bolt speeds back round to the other wing.

And the successes - planned or by luck - building overhanging timber frame cottage sets (Cranford at Christmas, BAWDS, 2016) which needed someone to stand on the 1st floor overhang and lean out of the window without toppling the whole lot. Hired sets which fit by (genuinely - we measured it to find out how far out the CAD models were) 1 inch on either side of the stage (Spamalot, CTC, 2016), and finding out just how much of the building the ADC management will let you take apart to get the eponymous Chitty Chitty Bang Bang (Pied Pipers, 2019) to stage. (Turns out they’re OK with most things until you mention bricks…).

One of the gargoyles from The Offensive (Photo: Hannah Curtis); The set of Cranford at Christmas (Photo: Phil Hazel); The swinging noose from Parade (Photo: Andrew Booker).

Yet there are also those goosebump moments on stage - hearing the audience gasp as one as Leo Frank was hung and then brought down in Parade (Festival Players, 2013) using a body harness and some super slick stagecraft. The proud moments like hearing the wonderful comments after the show on the make-up and prosthetics for the gargoyles at The Offensive (WRiTEON, 2019). The “I can’t believe I’m having to do this” moments of calling the bar mid-show to request the “least drunk Penguin” to come and run the lighting board while the LD went and refocussed a lantern in the next blackout...  And the comedy moments such as The Lion, the Witch and the Wardrobe (Hope Players, 2009) - standing in the bar corridor at the interval watching the heavy snow falling outside and hearing the DSM say deadpan “I didn’t realise my cues had impact outside of the theatre too!” Yet having no worry that even if I couldn’t get home after the performance had finished, someone living close by would offer me somewhere to stay for the night and us all getting stuck into act 2 without a second thought. In true techie style after the show we considered the amount of snow, sorted out transport and accommodation plans for those who needed it, and repaired to the bar!

My theatre bug was sown long before I came to the ADC or joined the Penguin Club but they’ve both allowed the bug and me to grow and flourish in ways I’m certain I wouldn’t have had available elsewhere. Shortly after starting an early career job I was given the feedback that while my CV had got me the interview, it was the skills from my theatre work which had got me the job (as a chemist!). I couldn’t have felt more proud of the shows I’d been part of, the experiences I’ve gained from them and the huge reminder that Theatre is not just Performing. It’s stress, it’s success, it’s failure, it’s learning, it's teamwork, it’s keeping people safe, it’s deadlines, it’s having ideas, it’s fun, it’s prioritising, it's committing to a journey without knowing the exact route, it’s negotiating, it’s knowing when to stop for tea and a biscuit and a think, but also knowing when to push hard because it’s worth it. It’s giving a damn and not giving up. Theatre is life. Albeit in microcosm. And, for me at least, that is an indescribably valuable experience to have. But also, the ADC and the Penguin Club both contain part of “my clan” - like minded people, student or not, who are enthusiastic about live performance and work together to make the magic happen. People who have my back. Just as I have theirs. And they’re also a darn good group to share a beer with!

Next time you come to a show would you like to be behind the scenes? The Penguin Club provides backstage help from set construction to stage management for shows in the Cambridge area and is always on the look out for new volunteers - previous experience is not required! If you're interested in knowing more, get in touch with us at clubcontact@penguinclub.org.uk and find more info at penguinclub.org.uk Facebook: Penguin Club or twitter: @TheatrePenguins 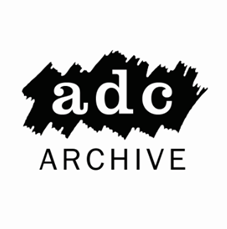