Bill Hodson, undergraduate in the 1980's, recalls a mishap on his first visit to the theatre, and his memories of seeing Neil Mullarkey and Mike Myers perform in a comedy sketch show.

I felt stupid at the time, obviously. You have to be stupid to go along to the theatre to listen to your friend play the clarinet and then walk out at the interval, thinking that the show is over. I suppose that the trays of ice cream should have been a clue.

In hindsight, though, I can easily forgive myself. Growing up in a little village in the north of Lancashire, drama hadn’t been a big feature of my early life. We didn’t even go to the panto. So when Juliet invited me and Gill along to the ADC to do her woodwind thing towards the end of my first year at Emmanuel, most of what was going on was news to me. I can’t remember much of the substance of that trip (not even which play it was) but I can remember precisely how it felt. The auditorium seemed huge and I marvelled how brave Juliet must be to perform live in front of that crowd. The crowd themselves seemed talkative, witty and not entirely sober. The whole occasion seemed magnificent. The only downside was that it was about the half of the length it should have been.

ADC Theatre season term-cards from the 1980s: images from the theatre's archive at the University Library

I didn’t make the same mistake the next time. Exams were over for that summer of 85 and we were in that blissful gap between the stress mountain and packing up to head home before buying the inevitable InterRail ticket. Dave Crane asked me if I was interested in going over to the ADC to see a comedy show. Of course I was. The act was called Mullarkey and Myers. In a few short years, Neil Mullarkey would become a star and Mike Myers would go supernova. It wouldn’t be a long trip to Wayne’s World. On that summer night, though, they were still on the way up, just on the brink of letting the whole world know what they could do. It was sensational.

The opening routine was nothing more complicated than the two of them dancing along to the old song from The Champs, yelling out “Tequila!” at the appropriate points. It sounds simple and it was. It was also the funniest thing I’d ever seen in my life to that point, easily going past that episode of The Young Ones where they appear on University Challenge. As it was happening, I remember trying to understand why this was as funny as it was. There was nothing there, was there?

Review and poster for 'Mullarkey and Myers' at the ADC Theatre: images from the theatre's archives at the University Library

There was sketch after sketch that went up from Tequila. At one point, the two of them came on to a pitch black stage wearing miners’ helmets and flooded the room with laughter, using nothing more than two torches . When Myers was angry, his light turned red. When Mullarkey was jealous, the lamp turned green. I’d never seen pristine comic timing in the flesh before but here it was, about twelve feet away. The impression has never left me. Their own impressions were, clearly, even better. The finale of the whole show was a sequence of mimes to television themes from the 70s. When Hawaii Five-0 came on, one of them was the surfboard, the other was the surfer. Black Beauty was a revelation. Neil Mullarkey had the rhythm of the actual titles to perfection. Best of all was Dad’s Army. If I close my eyes, I can still see the gormless look on Mike Myers’ face as he became Corporal Jones.

I’ve been in the audience at the ADC many times since. I’ve seen lots of hugely talented people, some of whom went on to become huge in show business, on that modest stage. But nothing has ever stuck in my imagination in the way that two sublimely talented comedians wobbling around to the music from Tales of the Unexpected stuck that night. 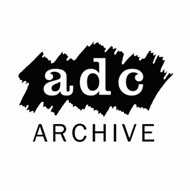